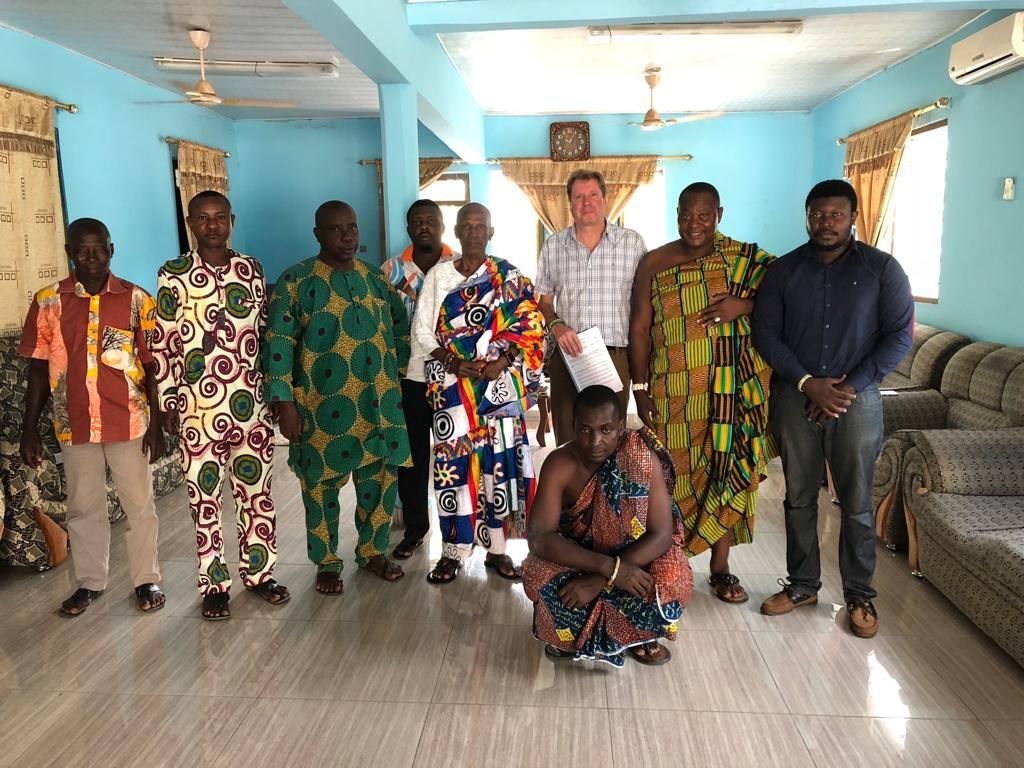 During his last visit in Ghana, NEK’s director Dr. Christoph Kapp met with the Paramount Stool of Ada and agreed on the future collaboration between the company and the Paramount Stool. This collaboration will bring benefits to both parties as it will on the one hand enable NEK to speed-up the development process for their three planned wind energy projects in the Ada Traditional Area and on the other set-up a direct relationship with the local stakeholders so that the traditional interests can be directly considered at an early stage of the project development.

As part of this collaboration, the Paramouncy will take an active role in identifying the customary landholders within and near the planned project areas and in establishing the relevant contacts. The Paramount Stool will also play a supporting role in the boundary surveys and take active part in mediating any potential disputes between and within individual families and clans. By collaborating closely with the Paramount Stool of Ada, NEK hopes to build up a strong relationship with the traditional institutions and to be able to adequately respond to local interests.

NEK is in the process of planning the three wind energy projects, the Wind Farms Koluedor 160 MW, Amlakpo 200 MW and Madavunu 200 MW, in the Ada Traditional Area of the Greater Accra Region in Ghana.

Below some pictures of the meeting between the Paramount Chief of Ada and his representatives and Dr. Christoph Kapp can be found.