Our engineering company started first wind measurements in the region of Greater Accra back in 1998. Based on the positive results of this campaign, we initiated the development of the Koluedor Wind Farm in 2014.

The location of the Koluedor wind park project is in the coastal region of Ghana about 70 - 75 km east of Accra in the District of Ada West. It is located south of the main road leading from Tema eastwards towards the Volta Region. It covers an extensive area of approximately 8.500 acres between the villages of Koluedor to the east, Sege to the west and Toflokpo and Nakorkope to the south.

The area can be characterized as agriculturally dominated and is mainly used for small scale farming or pasture. Small bushes are scattered throughout the otherwise flat and featureless grassland. Some small hills near the main road reach an altitude of up to 50 m. The small river Zano passes from north to southwest through the middle of the project area. About 600 to 1.000 m from the nearest planned turbine, there is an extensive salt pond area which forms the northern boundary of the Songor Lagoon.

The District Assembly expressed “no objection” towards the implementation of the wind park. Besides, the Koluedor Wind Farm received in early September, 2014 the final Environmental Permit from the Ghana Environmental Protection Agency (EPA). The application procedure regarding the Provisional Generation and Wholesale Supply Licence of the Energy Commission is ongoing as well.

The Koluedor Wind Farm will, once completely commissioned, have a capacity of up to 160 MW and will supply around 350.000 MWh of clean, affordable and reliable electrical energy per year, which is produced locally, without need of any fuel or gas. 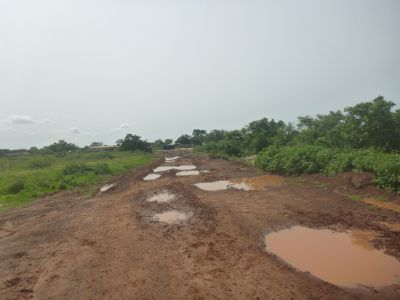 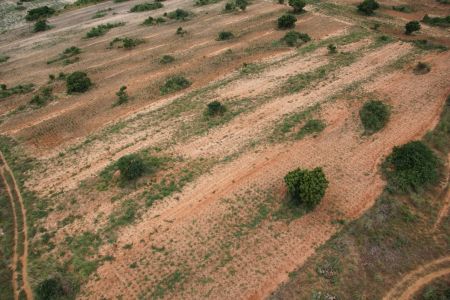 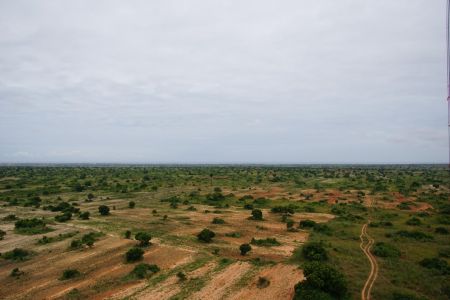 District of Ada West, on both sides of the Accra-Aflao Road, approx. 70 - 75 km east of Accra.