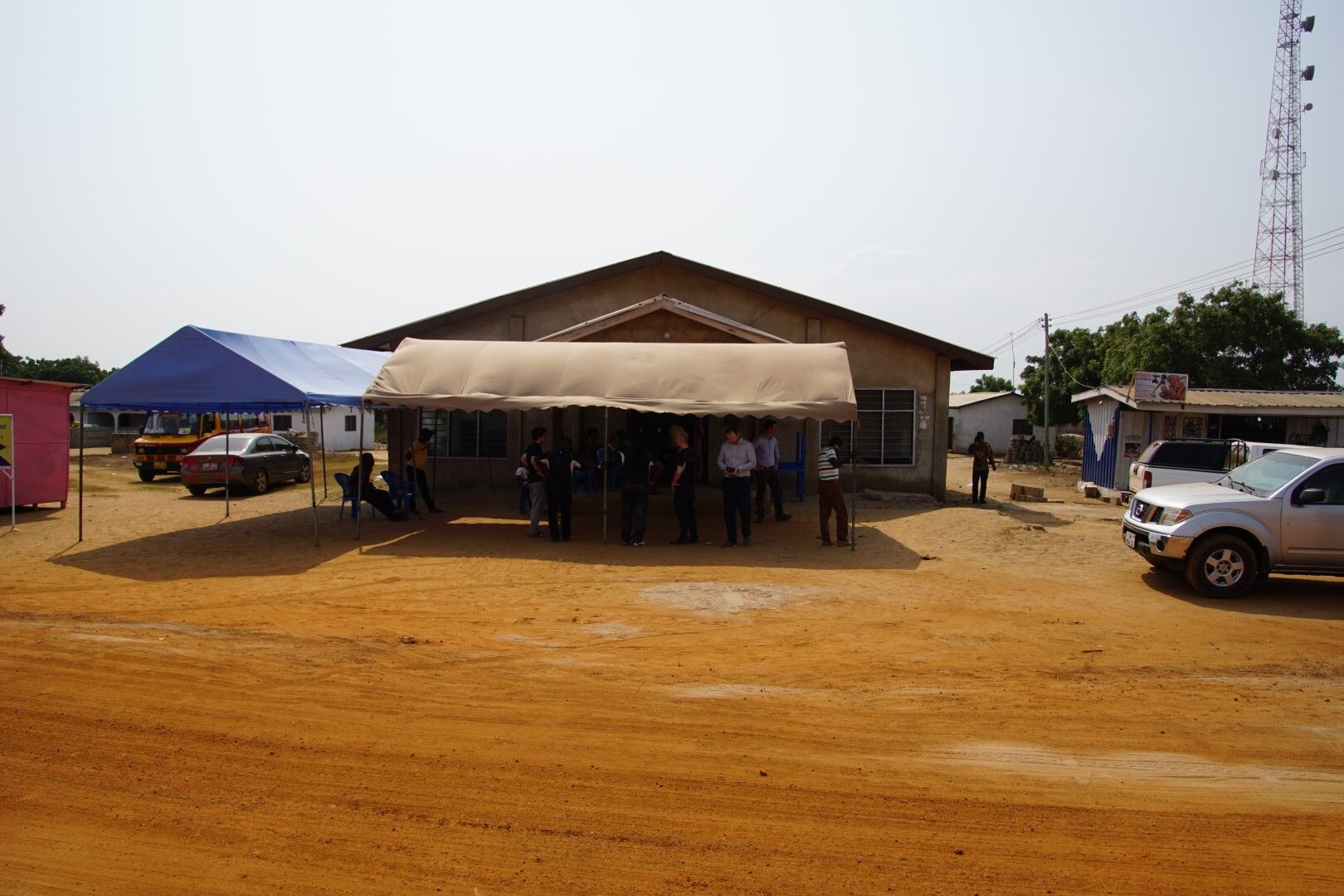 More than 300 people gathered in the village of Ayitepa, Greater Accra Region, Ghana, on the 6th February 2015 to be informed on the process of the 225 MW wind park project in their neighbourhood. Following an official invitation issued by the Ningo/Prampram District Assembly, the attendees showed huge interest in collecting information about the imple-mentation, impacts and benefits of the project.

The Community Engagement Event was organized commonly by the District Assembly, NEK Umwelttechnik AG and Mainstream Renewable Power Ltd. in order to release clear and up-to-date information on the progress of the project. Land owners, community chiefs, politicians, authorities and the local population were present. They have been informed about the advantages of the project and the fact that it will assist in overcoming the actual energy crisis in the country.

The involved communities are mostly interested that this project will create local labour opportunities for skilled and less skilled persons. Apart from that, a sensere request for support to get a local medical center with educated staff in the area was released to us.

The later operator of the wind park, Mainstream Renewable Power Ltd., assured the attendees to allocate financial resources related to the needs and demands of the population. Apart from that, we take care that already ahead of the effective start of construction, NEK will employ local people for the preparatory work, land survey, measurements, geotechnical work and so forth. They were also assured of employment during and after construction.

In order to coordinate the needs of the population, a Community Engagement Plan will be undertaken, while the coordination between the population and us will be done by a liaison officer whom we will engage in the near future and who will be located in a new office to be opened by us in the region.

The meeting was closed with a firm comment by the Community Chairman that they have great interest to join NEK and Mainstream to implement the project as quickly as possible.