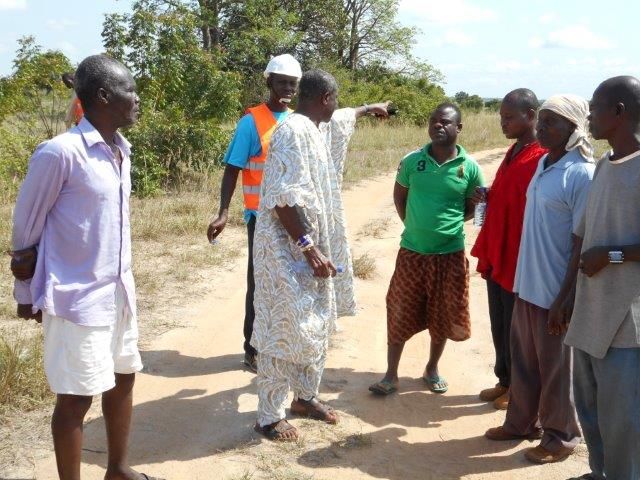 After more than 3 months of work, the demarcation of the outer boundaries of the different clans and families of the area required for the wind farm at Ayitepa in Ghana was successfully finalized this week.

The work started in September on the eastern side of the project area and proceeded clockwise around the project perimeter. The final beacons were set after mediating between various involved families. Further, security pillars were installed in order to increase the visibility of the future wind farm location. The outer boundary consists of a total of more than 150 pillars and defines the boundaries on around 30 km.

These days, surveyors from Rudan Engineering Ltd., the company that has carried out the whole demarcation work, are recording the coordinates of the last pillars with a static GPS. Following the field work, site plans have been prepared, appended to the already signed Land Lease Agreements and registered at the Land Registration Division of the Ghana Lands Commission.

Due to careful introduction in Health and Safety, not a single incident had to be reported during the whole demarcation period. Although there were some challanges between the clans regarding their land boundaries, all problems were solved peacefully. Mr Francis Tsatsu Owulah, our Community Liaison Officer (CLO) for the Wind Farm Project, is more than satisfied with the demarcation process of the past months. He says that he is very grateful to the Landholders, the NTC Committee members, especially those who joined on the field for the land verification exercise, Rudan Engineering Ltd. and the field labourers for supporting Upwind in achieving this feat. He states: “I acknowledge the peaceful virtue of the Great Ningo citizenry and I am grateful for their support and co-operation so far.”

The population of the Great Ningo region, where the wind farm will be located, is now eagerly awaiting the finalization of the last remaining issues to allow construction work to start at site soon.

Below’s pictures show some impression of the completed demarcation work. 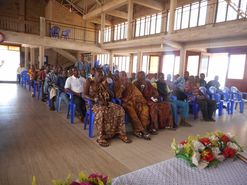 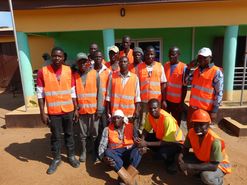 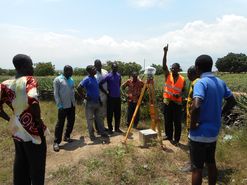 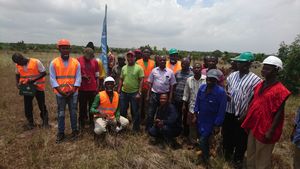 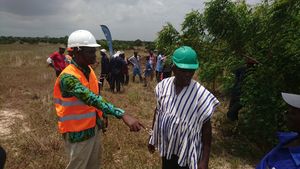 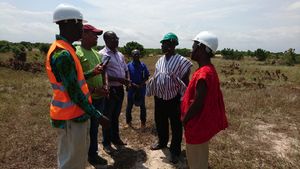